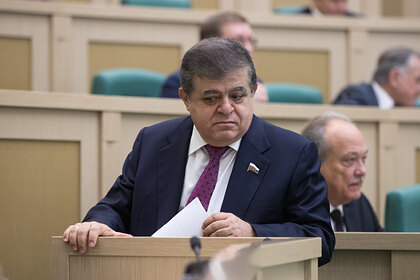 Disconnect Russia from the global financial system, SWIFT, and the country's obligations are impossible, since it is one of the largest players in the global economy, said Federation Council Senator Mikhail Dzhabarov. In a conversation with “Lenta.ru” he added that there are too many people interested in such a system in the United States.

Washington admits the option in which Russia will be completely isolated from the world financial system in the event of an invasion of Ukraine. This was announced by Deputy Secretary of State Victoria Nuland. As the diplomat noted, the United States is discussing such a scenario with its allies. She warned that de facto isolation would have repercussions for Russian business and Russians themselves, as well as their opportunities for work, travel and trade.

Dzhabarov suggested that Nuland passes off his personal opinions and desires as the official position of the United States, which has nothing to do with it.

“With all due respect to her political weight, to her position, she will not make such decisions. It is impossible to isolate Russia, since it is one of the players in the global economy and financial market. An attempt to limit it, disconnect it from SWIFT, block our debt obligations will only lead to indignation within the States themselves, since there are many interested parties to the Russian economy, “the senator said.

He added that if Russia is disconnected from SWIFT Europe will have to pay the country in cash, which will lead to enormous financial difficulties, primarily for the allies themselves.

“Agree, it's hard to imagine how a huge train arrives in Russia with cash for gas and oil. Rather, Nuland is simply trying to save face. After all, she was the ideologist of the Maidan, we remember how she behaved in 2013, 2014. And she really doesn’t want to fall in this whole story, ”the politician concluded.

On December 7, it became known that the United States had abandoned sanctions on Russia's sovereign debt. The country's defense budget was presented without corresponding restrictions. In addition, the document did not include sanctions against the Russian gas pipeline Nord Stream 2 and against Russian individuals suspected of violating human rights.

Victoria Nuland took part in the 2014 Ukrainian Euromaidan. She held talks with the then President of Ukraine Viktor Yanukovych, following which she stated that Kiev had made a choice in favor of Europe. Then, during the events in Kiev, she handed out cookies to protesters – later this action was called “State Department cookies.” Later, the diplomat also held talks with the Ukrainian leadership and spoke about the need to close the Russian-Ukrainian border. In 2015, the head of the Ministry of Internal Affairs of Ukraine Arsen Avakov thanked Nuland for organizing the visit of 290 paratroopers to train security forces in the Lviv region.