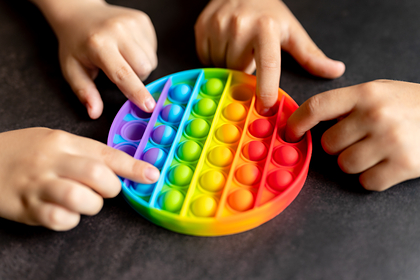 Russian division of Google summed up 2021 and announced the ten most incomprehensible phenomena for Russians, which residents of the country most often typed into the search bar. An analysis based on the company's search engine queries showed that the top three included simple dimple, rally and pop-it. The complete list is presented in the materials available to “Lenta.ru”.

Russians tried to find out about the anti-stress toys called simple dimple most often, and pop-it took third place in the rating. These are devices for pinching or pressing with a finger that are used by people with neurological disorders. Toys became popular in the spring of 2021, when children and adolescents began to talk about them on social networks.

The word “rally” took the second place in the list of phenomena that Russians most often googled. The top five also included the words “formalin” and the social network Clubhouse, which became popular in the winter of 2021. Registration in the Clubhouse was only possible with an invitation. The service quickly gained worldwide popularity largely thanks to the attention to it of celebrities, in particular the founder of SpaceX Elon Musk.

Google also named the ten most important events for Russians in 2021. The top three include the European Football Championship, the Tokyo Olympics and the Eurovision Song Contest.