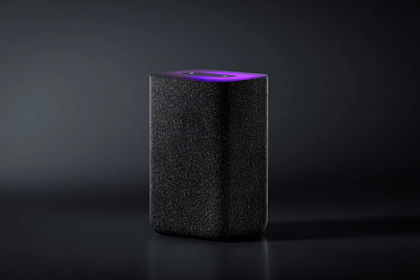 Yandex has introduced the second generation of its very first smart speaker Station … This is stated in a press release at the disposal of the Lenta.ru editors.

The updated Yandex.Station differs from the original by the presence of more advanced speakers with a total power of 30 watts and a special acoustic grill. The latter has an aperiodic structure and distorts the sound passing through it less. Also, the device added support for room correction technology, thanks to which the “Station” compensates for the acoustic effects of the room.

The device retained its rectangular shape, however, instead of a physical ring for adjusting the sound, a luminous panel was placed on the top panel, which responds to user actions and columns. The device has received support for the Zigbee smart home protocol, which is used by many manufacturers of home devices.

The “Station” can be combined into a stereo pair with any other speaker from Yandex. “We decided to focus on sound, design and smart home, so that Alisa will live in ideal conditions,” said Sergey Melnik, head of Yandex smart devices.

The new Station will be available in colors anthracite, cobalt, sand and copper. The column will go on sale in the first half of 2022, its cost has not been specified.

The original Yandex.Station was presented in 2018. In October, the Russian company released a new Mini Station with an LED display and a more powerful speaker, as well as a Modul media attachment.