Political scientist Salin: Putin is restoring the Soviet Union, but not in the literal sense 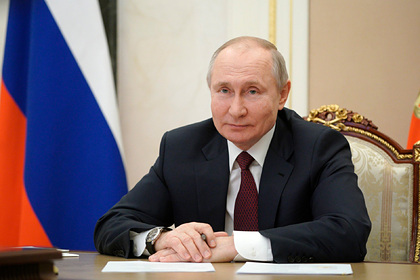 Russian President Vladimir Putin is restoring the Soviet Union, but not in the direct political analyst Pavel Salin told Lenta.ru in a conceptual sense.

“If we approach the issue not literally, but conceptually, then this is the way it is, and Vladimir Putin confirmed this when he spoke about the red lines in the post-Soviet space, “he said.

But this is not about the territorial annexation of the former Soviet republics, but about the restoration of Russia's influence on parts of the post-Soviet space, the political scientist noted. “Let's say we are not talking about some former republics that are irrevocably lost, like the Baltic states, and as for Ukraine and a number of other former Soviet republics, then, relatively speaking, the restoration of the Soviet Union means that Moscow requires the West to recognize that it has when making decisions with respect to these territories, now sovereign states, there is, let's say, a controlling stake, “Salin explained.

The essence of the conflict between Moscow and Washington, according to the political scientist, is that the United States considers Russia a dying power, whose zone of influence should be narrowed, and do not recognize that Russia has a controlling stake in some post-Soviet territories.

Earlier, US Deputy Secretary of State Victoria Nuland said that Washington was concerned that Putin intends to go down in history. recreating the Soviet Union. “And then, who knows if his appetite will be satisfied with what he eats, or if he decides to move on?” – she said.