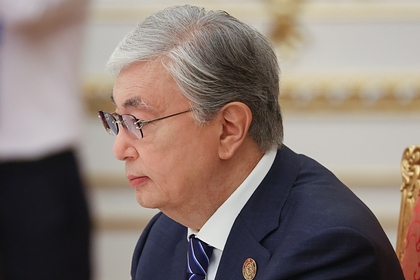 anniversary of the independence of the republic. This was reported by the press service of the head of state.

“Don't forget who you are here” language. Why is it considered a threat to the country?

It is noted that the law will affect socially vulnerable categories of citizens, as well as persons convicted of crimes that do not pose a serious threat to the security of the population and the state. In particular, the amnesty will apply to veterans, minors, elderly women and men and people with disabilities of the first and second groups.

According to preliminary estimates, the law will affect 2,236 convicts and 11,310 persons registered with the probation service … It is noted that about 1,000 people will be released from prison, and 1,674 defendants will be released from criminal liability as a result of the reduction of 5,000 criminal cases in pre-trial proceedings.

Earlier, a Kazakhstani court sentenced Russian top manager Viktor Balashov, a victim of a business scandal between the management of the largest Russian manufacturer of workwear Vostok-Service and its local partner Nursultan Shokanov. He received 4 years and 8 months in prison.