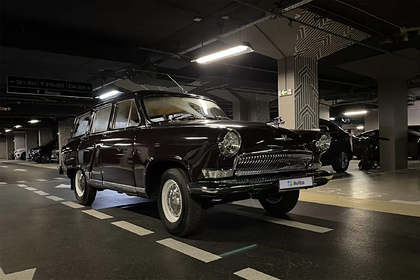 A rare Volga ( GAZ-22) for almost a million rubles (999,999 rubles). The corresponding announcement appeared on the Avito platform.

It is known that five- and seven-seater station wagons with a transformable interior were produced at the GAZ plant in Gorky from 1962 to 1970 year. The main advantages of the model were a spacious trunk and a high carrying capacity (400 kilograms). This car was used in Soviet times as a taxi, ambulance transport and for transporting passengers with oversized cargo. For its long roof and characteristic elongated body shape, taxi workers nicknamed the model a “barn.” Based on the photos, the vehicle is in good condition. The run of the rare sedan is almost 124 thousand kilometers, the car is equipped with a manual transmission. The bright red interior of the car is also well preserved.