Sana: US military attacked in the Syrian province of Al-Hasakah 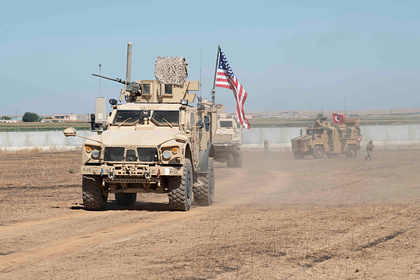 A convoy of US military vehicles was attacked in the Syrian province of Al-Hasakah. It is reported by the Sana agency.

It is reported that two explosive devices were detonated along the route of the convoy in the countryside of El Yarubiyah, resulting in severe damage to vehicles. The attack was followed by an urgent mobilization of the units of the Kurdish opposition “Forces of Democratic Syria” (SDF), supported by the American army.

On December 7, it became known that the Israeli Air Force launched an air strike on the port area of ​​the Syrian city of Latakia. Israel attacked a container yard in the port with rockets. The blow was delivered from the Mediterranean Sea by several shells.