Artist Nikolay Marton about the last conversation with Nina Urgant: she seemed to be saying goodbye 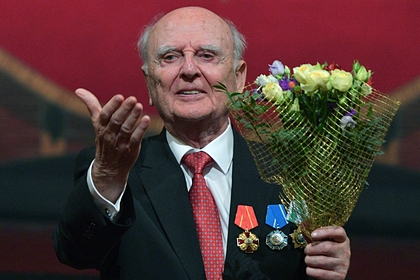 People's Artist of the RSFSR Nikolai Marton in the Alexandrinsky Theater for about 60 years, he spoke about his last conversation with a colleague. The details of their conversation are given by News.ru.

According to Marton, the last time they called up on September 4. Then he congratulated the actress on her 92nd birthday. Marton emphasized that the conversation lasted more than an hour, and the artist herself “seemed to be saying goodbye, trying to talk at last.”

“We remembered our colleagues and friends who are no longer with us, our performances. Ninochka said that the happiest time of her life was the period when she played 38-40 performances a month. That is, she played every day, and sometimes two performances a day. The main thing in life for Nina was her profession, “Marton shared.

People's Artist of the RSFSR Nina Urgant died at the 93rd year of her life at her home in St. Petersburg on December 3. In 2014, she announced that she was diagnosed with Parkinson's disease.