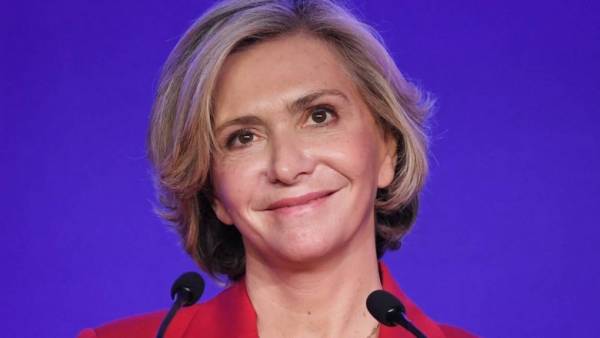 “Today & nbsp; I have good news, dear friends: Right-wing Republicans are back! Unlike & nbsp; extreme (right) candidates, we & nbsp; are going to turn the page with & nbsp; Macron, but & nbsp; we & nbsp; will not & nbsp; tear pages with & nbsp; history of France & raquo;, & nbsp; & mdash; said Pécresse during a press conference on the & nbsp; voting results.

Previously, it was assumed that the most likely contender for the & nbsp; victory is the head of the Haute-de-France region, Xavier Bertrand.

First The round of the presidential elections in & nbsp; France should take place on 10 & nbsp; April 2022. The head of the far-right “ National Association '' officially announced his participation in the & nbsp; elections Marine Le & nbsp; Pen, Leader of the Left Unconquered France Party Jean-Luc Mélenchon, chairman of the centrist Let's Resist! Jean Lassalle, Mayor of Paris from the & nbsp; Socialist Party Anne Hidalgo, Chairman of the French Communist Party Fabienne Roussel.

Until & nbsp; has not directly & nbsp; announced & nbsp; his participation in the & nbsp; elections, French President Emmanuel Macron. With & nbsp; and, according to polls, in the & nbsp; case of entering the second round, the incumbent has the greatest chances of winning the election.