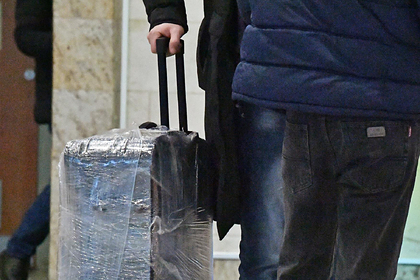 Domestic tourists who arrived from South Africa on Friday, December 3, was put in quarantine for two weeks. RIA Novosti writes about this.

It is noted that 25 Russians returned home on a charter flight ordered for one of the fitness companies organizing a sports camp for their clients in South Africa. According to the director of the company, Andrei Krylov, all passengers were isolated at the observatory.

One of the travelers said that everyone, without exception, was quarantined, although the arrivals had preliminary negative PCR tests, there are also those vaccinated by Sputnik among vacationers. V “.

Earlier in November, Russian holidaymakers stuck in the republic due to the closure of borders amid the discovery of a new strain of COVID-19, were offered to be evacuated from the country in a private jet. At the same time, it was clarified that the price of one ticket is 15 thousand euros (1.2 million rubles).

Since November 28, Russia has indefinitely restricted the entry of citizens from a number of African countries, including South Africa, Botswana, Lesotho and Namibia , due to a new strain of coronavirus. Several European countries have already limited air traffic with South Africa. Among them are Germany, Great Britain, Italy, the Netherlands, France, Austria and the Czech Republic.