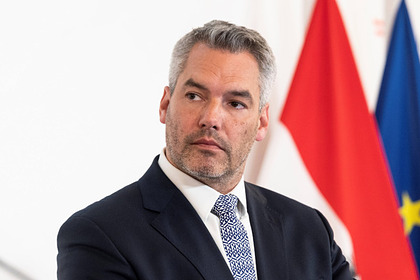 , will lead the Austrian People's Party after the departure of Sebastian Kurz. The publication Salzburg24 writes about this, citing sources.

The name of the new head of the party should be announced at a press conference taking place right now. It is assumed that after this the current Federal Chancellor of Austria Alexander Schallenberg will leave his post. Then Nehammer will be offered to take him, according to a source from Salzburg24.

According to Reuters, Nehammer has already been elected as the new head of the party. Soon he will take the post of chancellor of the country.

On December 2, Schallenberg admitted that one person should lead the Austrian People's Party and the country's government. For this reason, he is ready to leave his post, yielding it to another. Kurz announced his final decision to retire from politics. The politician made this decision due to the fact that an investigation is underway against him on suspicion of complicity in bribery and abuse of trust.