Investigation into the case of the former deputy head of the General Staff of the Armed Forces about 6.5 billion rubles of fraud has been completed 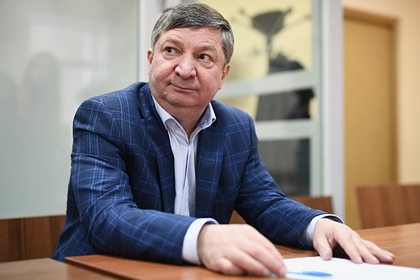 Of the Russian Armed Forces, Colonel-General Khalil Arslanov, accused of bribery and fraud. This is reported by TASS.

The person involved in the case and his lawyers are getting acquainted with the materials of the case, in which there are more than 300 volumes. After that, Arslanov will be handed over to the court. He does not admit his guilt.

He is charged with two counts of fraud totaling 6.5 billion rubles for the supply of portable radio stations and receiving a large bribe.

Who testified against Arslanov in the case on a 1.6 billion-ruble scam, the former head of the communications planning department of the Main Communications Directorate (GUS) of the Armed Forces (AF) of the Russian Federation, Major General Alexander Ogloblin, concluded a pre-trial cooperation agreement with the investigation. He will be tried in a special order, providing for the minimum punishment.

Arslanov was detained by FSB officers in February 2020.