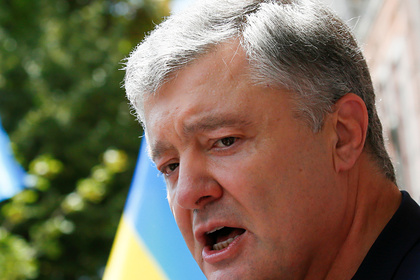 the rating of the country's political forces has overtaken the party of the current head of state Vladimir Zelensky “Servant of the People”. TASS writes about this with reference to the results of a survey by the Kiev International Institute of Sociology (KIIS).

According to the study, among the respondents who made their choice, 17.1 percent support European Solidarity, and Servant of the People “- 15 percent.

Batkivshchyna of ex-Prime Minister Yulia Tymoshenko took the third place with the result of 13.3 percent, the fourth – with 9.9 percent of the party” Reasonable Politics “of the ex-speaker of the Verkhovna Rada Dmitry Razumkov. Opposition Platform – For Life (OLE) was in the fifth line of the rating with support of 9.2 percent. Next comes the party “Strength and Honor” by Igor Smeshko, “Ukrainian Strategy” by ex-Prime Minister Volodymyr Groisman, the Radical Party of Oleg Lyashko – 5.4 percent and the party “Nashi” by Yevgeny Muraev – 5.3 percent. The rest of the political forces, according to the study, do not overcome the five percent entry barrier to parliament.

In early November, the rating of Ukrainian President Volodymyr Zelensky dropped by seven percentage points in a month, to 25 percent. At the beginning of last month, 18 percent of the total population or 25 percent of those who decided to go to the polls were ready to vote for him.