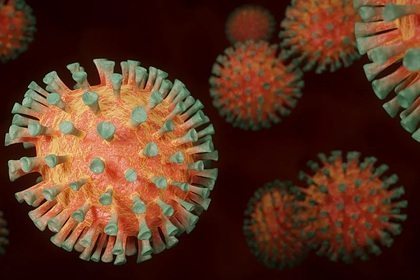 A new variant of SARS-CoV-2, which was named omicron has three special mutations located at the nodal site, said genetics, write Izvestia.

According to the scientist of the Department of Genomics and Bioinformatics of the Siberian Federal University (SFU), professor at the University of Göttingen, Konstantin Krutovsky, the virus attaches to the cell by its own “Thorn”. “Casting an anchor,” he noted. Omicron has come up with a clever way: he substitutes a human protein, or rather a special protease enzyme, his “master key”, which the body “cuts off” by a chemical method. This frees the virus “from the anchor” and allows it to enter the cell.

“The furin site is exactly what the virus substitutes, the” master key “. So, three new mutations have appeared in this furin site. This is a very strong change that has not been seen in previous versions, “the expert said.

According to him, there is little research on the new strain at the moment, but it can be assumed that mutations in the furin site make the new strain more infectious .

Pavel Volchkov, head of the laboratory of genomic engineering at the Moscow Institute of Physics and Technology (MIPT), recalled that the omicron has 14 mutations, which he “collected” from previously identified types of coronavirus, and there are special ones – 21. Three changes scientists considered the most dangerous.