Izvestia: The Ministry of Defense may test a new hypersonic weapon during the Thunder-2022 exercise 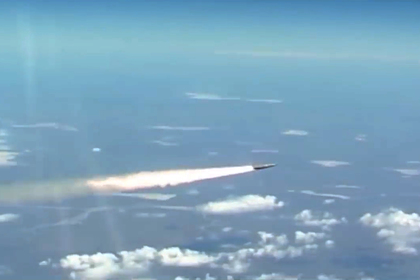 Sources in the Russian Ministry of Defense said that the next year, the country is planning to conduct hypersonic exercises. They can test new weapons and methods of their use as part of the “Thunder” maneuvers. This is the name of the strategic military exercises, where they work out the options for responding to a surprise attack against Russia with the use of nuclear weapons. Within the framework of “Thunder”, a nuclear triad is used, Izvestia reports.

The Ministry of Defense said that the issue of including hypersonic weapons systems in the strategic exercises “Thunder-2022” is now being considered. At the maneuvers, they conceived to work out the methods of their use, but it is not known whether the department plans to conduct combat training launches of hypersonic weapons.

The strategic exercises “Thunder” usually involve a nuclear triad of the Strategic Missile Forces (Strategic Missile Forces), long-range aviation bombers of the Aerospace Forces and nuclear submarine missile carriers of the Navy. The maneuvers are commanded by the National Defense Control Center in Moscow. Military expert Viktor Murakhovsky stressed that the exercises of the strategic nuclear forces are carried out as needed – they are not always covered in the media.

“They are used to work out options for response actions after an attack on our country. They can be conducted as a fairly modest-scale command-and-staff exercise. In this case, all control structures are involved, “the specialist explained.

On November 30, Russian President Vladimir Putin spoke about a new hypersonic weapon. A hypersonic missile with a maximum speed of Mach 9 will appear in the country.

Previous strategic exercises “Thunder” were conducted in 2019. They were attended by about 12 thousand servicemen, 213 launchers of the Strategic Missile Forces, up to 105 aircraft and helicopters, 15 ships, five submarines, 310 units of combat and special equipment. As part of the exercise, more than a dozen launches of cruise and ballistic missiles were carried out.