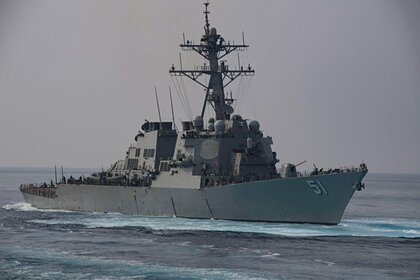 Missile destroyer Arleigh Burke military (DD- 51) US Naval Forces (Navy) left the Bulgarian port of Varna to resume operations in the Black Sea. This was announced by the US Sixth Fleet, TASS reports.

As noted in the text of the statement of the fleet, the visit of the destroyer to the port of Varna “confirmed the commitment of the US Navy to NATO and such extremely important allies as Bulgaria.

< p> Prior to this, the US Navy missile destroyer Arleigh Burke entered the Black Sea on November 25 to begin work with NATO allies and partners in the region. The Russian Armed Forces began tracking the ship.

Earlier, the Russian Defense Ministry announced that the Pavel Derzhavin ship was connected to the Black Sea Fleet flagship, the Moskva missile cruiser and the Admiral Essen frigate, which was monitoring the actions of American ships in the Black Sea. “.