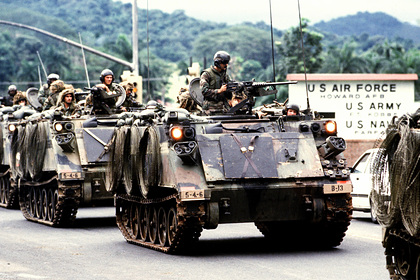 Kiev State Design Bureau (GKKB) “Luch” conducted testing of a new guided missile. Ukrainian ammunition was tested on the platform of an American-made M113 armored personnel carrier (APC). This is reported by the Defense Blog.

The representative of the Luch State Design Bureau noted that the missile was fired from a launcher on an M113 armored personnel carrier, which was installed at an angle of 15 degrees. According to him, the rocket hit all the targets, arousing the interest of the potential customer.

The Luch State Design Bureau did not disclose the name of the country that was interested in the rocket. The representative of the enterprise noted that the tests were carried out at a test site in South Asia.

The publication stressed that in the summer the chief of staff of the Pakistani army, General Qamar Javed Bajwa, visited Ukraine. The Pakistani representative showed interest in the Skif missile system.

Earlier, Dmitry Shugaev, Director of the Federal Service for Military-Technical Cooperation (FSMTC) of Russia, spoke about the largest foreign buyers of Russian military equipment. According to him, the largest buyers of Russian weapons remain China, India, the countries of the Middle East, North Africa, and Latin America.

In September, the head of the development and design department of the Kolomna KBM Vladimir Kharkin revealed the features of the active protection complex (KAZ ) “Arena”. According to him, the engines of the KAZ protective ammunition allow the projectile to be deployed in the direction of the threat.