US Secretary of State Blinken: Russia will face serious consequences for the aggression against Ukraine 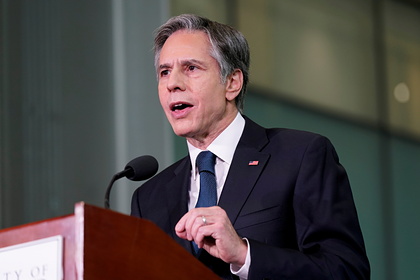 Russia will face serious consequences for the renewed aggression against Ukraine. This promise was made by the US Secretary of State Anthony Blinken at a joint press conference with Latvian Foreign Minister Edgar Rinkevich. His words are reported by RIA Novosti.

“We are very concerned about movements near the borders of Ukraine. We know that Russia often combines this kind of action with efforts to destabilize the country internally, ”said the head of the US State Department. According to him, “any actions” by Russia to escalate in Ukraine will also cause concern in Lithuania.

Earlier, Russian Foreign Minister Sergei Lavrov accused Washington of escalating tensions on the Russian borders. According to him, the United States has deployed military bases around Russia and is constantly stirring up hysteria, reproaching the country for conducting military exercises on its territory.