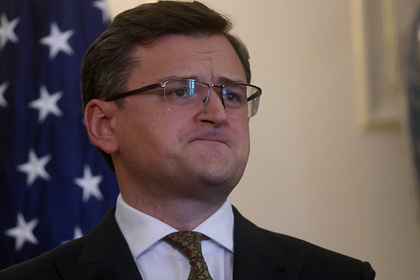 First Deputy Chairman of the State Duma Integration and CIS Committee relations with compatriots Konstantin Zatulin in a conversation with “Lenta.ru” called the head of the Ministry of Foreign Affairs of Ukraine Dmitry Kuleba a regular propagandist.

“It seems to me that the propaganda meaning and nature of Kuleba's statements is obvious. Kuleba is a full-time propagandist, not a foreign minister. In order to be a foreign minister, you need other qualities, and not the ability to endlessly broadcast threats and warnings. This simple matter can be entrusted to someone else, “Zatulin believes.

Earlier, Kuleba said in an interview with the German newspaper Die Zeit that Russia is” pulling troops “to the Ukrainian borders, which is a” real threat. ” The minister also said that Moscow is trying to destabilize Ukraine and Europe. Readers of the newspaper in the comments called Kuleba's statements “hysteria.” Does it mean that Russia is destabilizing Ukraine and Europe? Russia offers Europe a variant of the solution of economic problems, which is advantageous for it, and knocks over the thresholds of Europe, wanting to supply it with gas at a price that will be beneficial to it through the Nord Stream. If the gas supply is a form of destabilizing Europe, then this is a rather strange Europe, “the deputy said.

Zatulin also noted that the West and Ukraine, on the contrary, are involved in attempts to increase tensions, and cited as an example sides of the USA, Great Britain and other NATO countries in the Black Sea.