Research: when choosing a doctor, Russians rely on queues and recommendations from friends 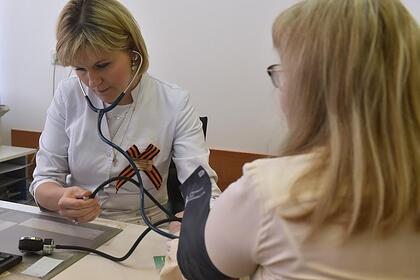 SberZdorovye service and Rambler & Co media holding in joint research. Its results were reported to Lente.ru by SberZdorovye.

So, 24 percent of citizens rely on the recommendations of friends, and the same number are guided by the proximity of the doctor to their place of residence. The same percentage trusts a certain clinic and only goes there. At the same time, low prices play a role for 10 percent – they proceed from the principle “the cheaper the better”. Only 7 percent of respondents trust the opinion of other doctors about their colleagues, another 6 percent study reviews on the websites of medical institutions, and 4 percent on third-party resources. Only one percent choose a doctor on the principle “the more expensive the better”.

For 49 percent of the respondents, the age of the specialist plays a role – they believe that the older the doctor, the better. Young doctors are trusted by only 7 percent of users. Another 18 percent pay attention to the doctor's appearance and photograph. A woman physician will be chosen by 15 percent of respondents, a man – 11 percent.

An indicator of a doctor's professionalism for 40 percent is the lack of free places to register with him. 27 percent are worried about having a medical degree, 25 percent – about his presence in the public field and the presence of statements in the media. Career achievements are important only for 8 percent.

43 percent of Russians go to a doctor their whole life if they find “their own” specialist. 35 percent are ready to replace only in the event of a move or other important changes. 22 percent of respondents go to different doctors.

As for the prices for medical services, 55 percent are ready to spend up to 1,000 rubles for an initial consultation, for 31 percent an amount of up to 2 thousand rubles is acceptable, and every tenth respondent is ready to pay for initial admission up to 5 thousand rubles. Only 4 percent of users are willing to spend more.

34 percent of Russians go to a doctor when they find it difficult to tolerate discomfort and pain. Another 29 percent admitted that they wait a couple of days before visiting a specialist, during which they hope that “it will pass by itself.” 28 percent of respondents do not go to a doctor at all, and only 9 percent feel unwell is a reason to immediately contact a doctor.