Skier Pellegrino: problems between Russians and Norwegians are created due to unclear rules 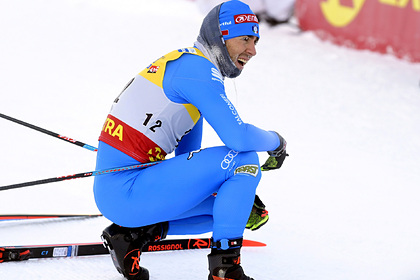 Italian skier Federico Pellegrino shared his opinion about the Russian and Norwegian athletes. He is quoted by Championship.com.

“The problems that were in Seefeld between [Johannes] Klebo and [Sergei] Ustyugov and in Oberstdorf between [Alexander] Bolshunov and Klebo, in my opinion, were created from – because of the not entirely clear rules of the International Ski Federation (FIS), which were not always correctly interpreted by the judges, “the skier explained. He noted that this created confusion for athletes who did not always understand what was allowed and what was not.

Earlier, Klebo said that he likes it when there is a tense struggle on the track. At the same time, the athlete emphasized that it brings him special pleasure to win such races.

At the 2021 World Championships in Oberstdorf, during the marathon, a collision occurred between the athletes at the finish line. As a result, the stick of the Russian skier broke. Klebo finished first, and Bolshunov finished third, leaving behind another Norwegian Emil Iversen. Then the race results were revised. Klebo received a disqualification, and Bolshunov received a silver medal.