Virologist Netesov: the omicron strain will not spread if you restrict travel abroad 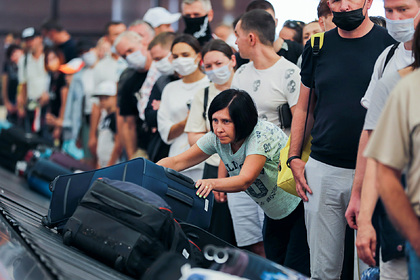 To prevent the spread of the omicron COVID-19 strain limit the travel of Russians abroad. Such a way to protect against a new mutation was named by a virologist, a corresponding member of the Russian Academy of Sciences, head of the laboratory of bionanotechnology, microbiology and virology at Novosibirsk State University (NSU) Sergei Netesov, he is quoted by TASS.

“The main thing that needs to be done is do not let out of the country without vaccination and track all those who enter. It is just necessary to let only vaccinated people abroad so that they don’t bring us anything back, because they have brought us everything they can, ”Netesov said.

The virologist cited Israel as an example, all countries for two weeks. The specialist called such restrictions an overkill, but at the same time emphasized that, given the number of countries in which this strain was found, this can be called a forced measure.

According to Netesov, the emergence of the omicron strain is of serious concern. Despite the fact that it has not been fully studied, you need to play it safe and take the necessary measures in advance, the virologist believes.

A new COVID-19 strain under code B.1.1.529 was detected in South Africa on November 11, isolated cases also recorded in European countries. The World Health Organization recognized this option as dangerous and warned that the risk of contracting a new strain in those who have had coronavirus may be higher. Rospotrebnadzor said that no cases of infection with the omicron strain were recorded in Russia.