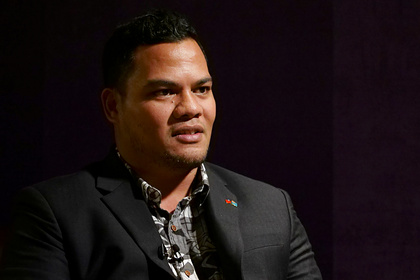 Minister of Foreign Affairs of the island state of Tuvalu (in Oceania) Simon Coffee, who recorded an appeal for the UN Climate Summit (Cop26), standing knee-deep in water, asked the leaders of the United States and Russia to take part in solving the problem of climate change. The politician shared his opinion in a conversation with “Lenta.ru”.

The Minister urged to reduce the level of greenhouse gas emissions that affect the climate. He noted that countries with developed heavy industry, including Russia and the United States, need not to completely close factories, but to transfer them to renewable energy sources. As an argument confirming the need for such actions, Coffee named natural disasters occurring in different parts of the world.

“Natural disasters are happening more and more often. I think it is wrong to say that this only affects some countries. We ask the leaders of large countries not to limit themselves to economic decisions, but to look at the well-being of our countries, because it is also in the interests of the United States and Russia to continue living in an environment that is safe and reliable for future generations, “the minister said.

Minister of Tuvalu became famous after his speech for the conference and the appearance on the network of a photograph in which he, dressed in a business suit, stands knee-deep in water. The shots were taken on the island of Fongafale, where the capital of the state is located. Thus, the Tuvalu authorities wanted to draw attention to the problem of changes in the global sea level due to climate.