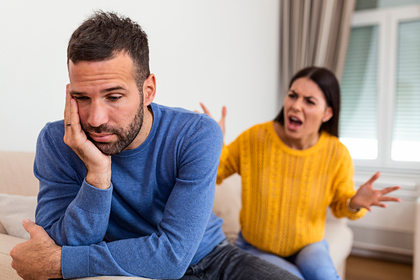 My husband got tired of his wife's nickname, which she received as a child, and he asked for her give up the nickname. He shared his story in a post on the Reddit website. Thus, he angered netizens.

“I wouldn't touch someone like you at all.” Russian girls stopped shaving, and the guys put on dresses. How it helped them find and accept themselves

According to the author of the post, the parents of his wife thought that they would have a boy, and chose the name Michael for him. After the girl appeared, she was officially named Loni, but in the family circle they continued to call her by the name Michael. Over time, the woman got used to the nickname and began to introduce herself as a man's name.

The man admitted that at first he was touched by this feature of his wife, but now she “annoys to the point of grinding teeth.” “I asked her if she could stop using that nickname or change it to a more feminine one like Michelle. She brushed me aside, saying that Michael is her name, “he wrote.

As a result, the quarrel turned into a serious conflict, and Michael went to live with her brother. Wanting to make peace with his wife, the author of the post called her and again offered to give up the nickname in order to preserve the marriage, but the woman refused.

The man turned to users for advice and asked them to evaluate whether he did the right thing. The post received 1,500 comments, most of which people condemned the author's behavior. One of the users wrote: “I hope Michael divorces this guy.” “She was Michael before meeting you, she remained Michael after your wedding. She is Michael, and the problem is you, “added the second user.

Earlier it became known that the mother-in-law and husband decided to put a pregnant woman on a strict diet and angered people on the Internet. The woman's story was told by her husband in a post on Reddit. After that, he was criticized.