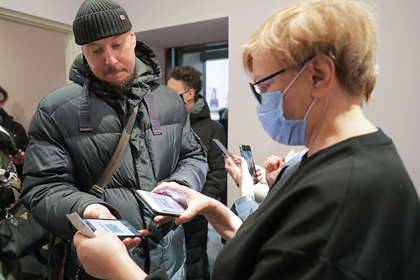 The Federation Council Committee on Science, Education and Culture supported the project concept federal law on the introduction of QR codes in public places. This is reported by TASS.

According to the senators, in connection with the situation in the country, the bill must be adopted urgently. Federation Council member Pyotr Tultaev also said that the implementation of the project is aimed at preserving the health of Russians.

The head of the committee, Lilia Gumerova, in turn, noted that this topic is complex and sensitive, but time requires quick decisions from legislators. According to her, people will need to explain the provisions of the law, since “there are indignations.” , since the necessary norms have already been enshrined in the legislation.

Draft amendments on the use of digital passes in public places, which confirm the fact of vaccination against coronavirus or a previous illness, were submitted to the State Duma on November 12. The initiative does not regulate the operation of public transport, pharmacies, grocery stores and retail outlets with essential goods.