EC representative: measures taken against the omicron strain are aimed at containing the virus 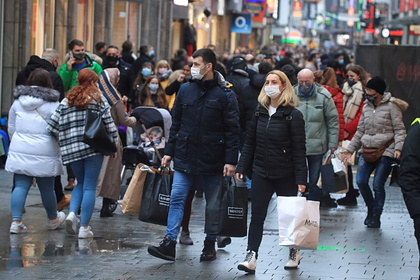 only for the longest possible containment of the new variant of COVID-19. This was stated by the spokesman for the press service of the European Commission (EC) Eric Mamer, RIA Novosti reports.

Related materials17: 19 – 27 November A new strain of coronavirus has come to Europe from Africa. What is known about the omicron and how dangerous it is? 00:01 – September 8 ” Lack of vaccines is a shame. ”The acute phase of a pandemic could drag on for years. How can humanity defeat the coronavirus?

“Certain measures had to be taken not to keep the virus out of Europe or other parts of the world. I think everyone understands that this is impossible, but in order to slow down its spread as much as possible and give the European health authorities and our vaccine suppliers time to adapt, “the European Commission acknowledged.

Earlier, UN Secretary General António Guterres called for increased control behind the spread of the omicron strain, in order not to allow the world to “close” and again interrupt economic interaction. “I urge the governments of all countries to consider the possibility of additional testing of travelers, along with other possible and effective measures,” the Secretary General said.

A new strain of coronavirus, code B.1.1.529, was identified in South Africa on November 11. The first confirmed cases of infection were recorded on November 24. The strain was named with the Greek letter “omicron” and have already managed to recognize its danger at the WHO level.