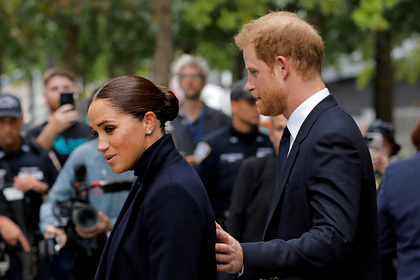 In the new BBC documentary “Princes and the press “the British press conspiracy against Prince Harry and his wife Meghan Markle is exposed. Its content is described in the article “Lents.ru”.

The authors of Princes and Press spoke to British tabloid reporters whom Harry and Meghan blamed for bullying, compiling compromising evidence and spreading libelous fabrications. According to their responses, there are two reasons for the flood of negative content. One of them is connected with the fact that the majority of newspaper readers are the British of the older generation, that is, precisely the group of the population that from the very beginning did not like Meghan Markle. Tabloids have to throw mud at her to keep up with their needs. Another reason for their dislike of Harry and Meghan is their disdain for the press and their reluctance to play by the rules other members of the royal family adhere to.

The Daily Express Royal Correspondent Richard Palmer told the BBC filmmakers about a particularly egregious case that occurred in May 2019 when Meghan was pregnant. According to him, the journalists were informed that she was giving birth, after which the press gathered in Windsor, where the birth was to take place. Already there, they learned that the child was born, and this happened not in Windsor, but in London. “It was as if they did it on purpose to make us fools,” Palmer says.

After the first episode of Princes and the Press, it was reported that members of the British royal family had threatened to boycott future projects. “BBC”. In a joint statement from Buckingham Palace, Prince William and Prince Charles, it is said that the tape “presents as authenticity the inflated and unsubstantiated statements about the conflict between Princes Harry and William.”