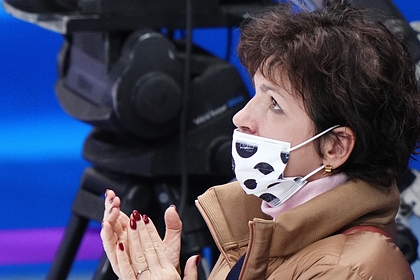 Russia's approach to figure skating is killing this sport … Such an accusation in an interview with RT was put forward by the silver medalist of the World Championship as part of the USSR national team Anna Levandi.

She also noted that it is pointless to compete with the Russians, since the training of young athletes in this country has been put on a professional level from the first steps. “Yes, this to some extent kills figure skating as a sport, in other countries people simply stop bringing their children to the rinks,” Lewandi added.

Soviet vice-world champion who works as a figure skating coach skating in Estonia, also described the difference with Russian schools in the training process. “Our children at the age of four collect cubes on the ice, and do not jump double jumps,” said the skater.

Until 1989, Levandi performed under the maiden name of Kondrashova. In 1984, she won silver at the world singles championship.