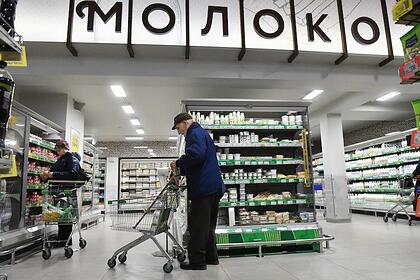 for changes in the parameters of the Extended Producer Responsibility (EPR) mechanism, the heads of professional associations of manufacturers said in an interview with Lenta.ru.

To make such sharp leaps, especially in conditions when the government dictates the need to limit price increases, this is just some kind of oxymoron. Prices should not rise, while conditions are created for us in which certain types of costs are actually multiply increased

The EPR mechanism was introduced in Russia in 2017 as part of the reform of the municipal solid waste management industry. The authors focused on one of the 17 UN sustainable development goals – the renewal of used resources. It assumes that manufacturers and importers selling products in Russia have a choice: to dispose of products and packaging on their own or pay an environmental fee.

[packaging recycling] will grow from 1.06 to 4.61 billion rubles – despite the fact that the industry's profit for all types of organizations for 2020 is 41.5 billion rubles, ”said Artem Belov, head of the Soyuzmoloko association of milk producers. p>

According to him, such a measure would reduce the industry's profits by nine percent. “Obviously, few market participants will be able to even come close to the 100 percent recycling target,” added Belov, adding that the industry's enterprises are preparing for a significant increase in payments within the eco-collection, which will now be calculated using the new method. > 26 percent can be an increase in production costs for the participants of “Soyuznapitkov”

According to Soyuzmolok's estimates, next year the prices for products may rise by an average of 28 kopecks per kilogram and by 56 kopecks if a double rate of eco-collection is applied. It is provided if the manufacturer does not meet the 100% recycling standard.

Belov also pointed out a threat to the investment attractiveness of the industry, which could negatively affect future production volumes and lead to further price increases for end consumers.

In turn, the head of the union of producers of soft drinks “Soyuznapitki” Maxim Novikov said that the cost for the organization's members from next year will grow in the range from 1.8 to 26 percent. “How it will be relayed to the buyer is already a question. Most likely, it will be either some steps or several tranches. In any case, this is a rather serious figure that does not fit into the parameters of profitability, taking into account the rise in prices for many types of raw materials and the deficit of ingredients, ”Novikov noted, calling such a rise in price“ fatal ”.

“It is important to note that last year, when the decision on a 100% standard was discussed, they did not show the parameters that are now laid down in the bill, which multiplies these payments,” Novikov said. According to him, the new rules will force producers to pay eco-tax, since they will not be able to dispose of packaging on their own or with the help of partners, despite all the technological solutions being introduced.

“In general, we support the EPR mechanism, because we believe that indeed all responsible producers should maintain a minimum amount of waste entering the environment. But making such sharp leaps, especially in conditions when the government dictates the need to limit price increases, it’s just an oxymoron. Prices should not rise, while conditions are being created for us in which certain types of costs are actually multiplied, “concluded the head of Soyuznapitkov.

Currently, the maximum recycling rate is 45 percent (for corrugated cardboard packaging ). From January 2022, the standard for the disposal of all types of packaging will increase to 100 percent, and the environmental fee for enterprises that have given up self-recycling will also be increased. Several industry associations have already warned of the risk of rising prices for their products. According to the interlocutors of “Lenta.ru”, such a situation will certainly affect the producers and lead to an increase in the price of milk and other soft drinks in the country.