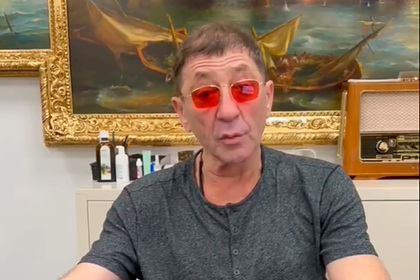 Russian singer Grigory Leps appeared in public with scars on his head attracted the attention of photographers. The corresponding pictures are published by StarHit.

Paparazzi photographed the 59-year-old performer at the premiere of the film “Boomerang” directed by Pyotr Buslov with his daughter Inga. The celebrity visited the red carpet in a blue dress suit, white shirt and a bright red tie. The footage on his head shows scars.

Sources close to Leps told reporters that the scars on the back of the artist's head were left after a hair transplant operation, which he underwent in the fall. According to the musician's representatives, he has already done similar procedures twice – in the USA and South Korea. “It's important for an artist to look good and keep fit!” – they explained.

In addition, fans noticed the changes in the singer's appearance in the comments under his latest video on Instagram. In the video, the man brought his condolences to the relatives of Alexander Gradsky, who died on November 28 from a cerebral infarction.

In July, Grigory Leps spoke about losing 12 kilograms during a pandemic and health problems. “How? We must stop eating. And that's all. Do not overeat at night. I don't eat before the concert. It is easier for me to breathe and work when my stomach is empty, ”the artist explained. According to the celebrity, he is also trying to cut down on alcohol consumption.