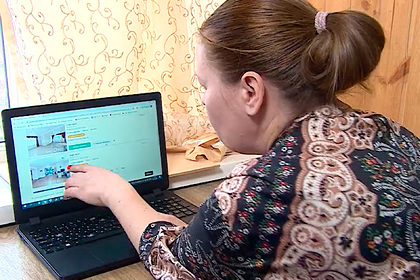 As the pandemic began, a home buyer, a woman named Natalya, faced financial difficulties. The bank refused to restructure the debt and did not allow a client raising four children to sell the property on her own. This is reported by NTV.

The bank sold a four-room apartment at an auction for 3 million rubles, while the market value of such apartments in the city is much higher – about 8 million rubles. This amount would be enough for Natalya to pay off her debts and buy a new, more modest home. But the creditor deprived the woman of the right to independently sell real estate.

Activists of the All-Russian Popular Front (ONF) believe that the apartment was sold to “their” people. A certain Evgeny Pisarev became the new owner. He said that he was not going to live in the apartment, he would sell it. At the same time, the former owner – Natalya – he offered to buy the property back for 7.6 million rubles.

As NTV notes, the Russian woman and her ex-husband at one time sold everything to buy spacious housing, even invested maternity capital … According to the woman's calculations, she contributed more than 5 million rubles for the apartment. The bank told the TV channel that the borrower did not apply for help.

Earlier, the Commissioner for Children's Rights in Tatarstan, Irina Volynets, proposed to ban evictions from apartments purchased with maternity capital for debts. She sent a corresponding appeal to the Minister of Labor and Social Protection Anton Kotyakov.