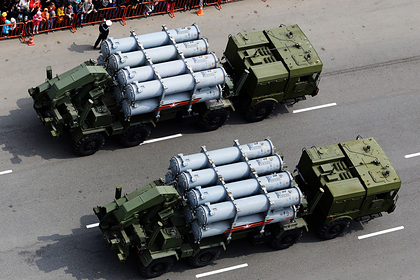 Russia will strengthen coastal missile systems (BRK ) “Ball” in Crimea, Izvestia reports, citing a source in the Ministry of Defense.

The newspaper writes that the BRK will receive X-35 missiles, the range of which will be increased from 200 to 300 kilometers. It is noted that the weapon, thanks to the new guidance system, will be capable of striking not only sea, but also ground targets. The publication assures that the X-35 will fly at low altitudes, remaining almost invisible to enemy radars, and capable of operating in conditions of active electronic countermeasures.

In addition to the Black Sea Fleet, the reinforced “Ball” will receive the Northern.

According to military expert Dmitry Boltenkov, such DBKs will expand the Russian access restriction zone. “It is better for enemy ships not to enter such a zone, because there they are most likely to be destroyed. For this reason, ships with strike weapons will have to move the missile launch line away from our shores, “the expert said.

In October, TASS, citing a source in the a missile with a doubled firing range. The interlocutor of the agency stressed that the modernized missile makes the characteristics of the Bal complex comparable to the Bastion missile system, which uses Onyx supersonic missiles.