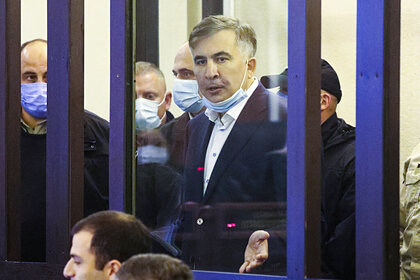 The accusations of the ex-President of Georgia Mikhail Saakashvili against Russia that it organized an anti-Georgian conspiracy are dictated by fear of the court and fears for a further political career, so in a conversation with “Lenta.ru” political strategist Marat Bashirov explained the statement. He added that neither Russia itself nor the world community will react to his words in any way, since everyone is already tired of unfounded accusations against Moscow.

Former President of Georgia Mikhail Saakashvili said during the court session that he had disclosed “ anti-Georgian conspiracy “of Moscow with the help of the Belarusian leader Alexander Lukashenko. Lukashenko allegedly told Saakashvili that Russian leader Vladimir Putin announced the imminent becoming president of the Russian-Georgian businessman and Boris Berezovsky's closest partner Badri Patarkatsishvili.

“A man with a fevered brain”

Bashirov is sure that Saakashvili's words cannot be trusted. And, moreover, according to him, no one has done this for a long time.

“It's hard to remember a person with a more inflamed brain. This is a lie, that mantra that no one believes in anymore. The meteorite fell – Russia is to blame. A hurricane in Turkey is probably us too. Over time, even an ordinary person no longer accepts such accusations. Lukashenka, in turn, is a very experienced politician, a person who works masterly in the media space. So I don’t think he will even answer these words. And the rest will not even ask, “the political strategist believes.

In his opinion, no one in the world will even notice Saakashvili's statements – the information field is too oversaturated with accusations against Russia, no one believes in them anymore. In addition, Bashirov noted that it is necessary to take into account both the personality traits of the ex-president and his current state.

“He is a very nervous person: he ran on rooftops, chewed his tie. Well, what can you expect from him? And, of course, Saakashvili is very nervous now, he is trying to somehow excite his supporters. There is a trial, he, of course, will be convicted, then, at the request of the United States, he will be released. But the trial will still be brought to an end, and Saakashvili understands this. Just as he understands that this story will leave a very fat black stain on his career, ”Bashirov concluded.

During the meeting, Saakashvili refused to admit the prosecution’s accusation and Georgian justice, comparing it to“ in advance written comedy “.