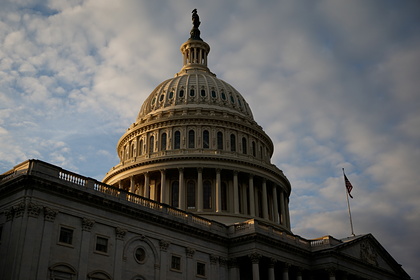 next financial year. This is reported by TASS.

The draft defense budget in the amount of approximately $ 770 billion includes sanctions against Russia. 60 votes were needed to move the project to the next stage of consideration in the Senate. However, 45 senators voted for this, 51 voted against.

Before the vote, the leader of the Republicans in the Senate, Mitch McConnell, said that his party members would block the draft budget, since the majority Democrats did not allow the approval of a number of proposals. This is a package with 18 amendments, including additional sanctions against the Russian gas pipeline Nord Stream 2.

Earlier, The Hill newspaper wrote that the US State Department seeks to convince the Democrats in the Senate to block the amendment to the draft defense budget countries for the next fiscal year, which began on October 1. The initiative involves the imposition of sanctions against companies involved in the certification of the Nord Stream 2 gas pipeline.

The administration of US President Joe Biden expressed concerns about the introduction of tougher actions on the project, as it was afraid to cause discontent in Germany. Therefore, Secretary of State Anthony Blinken decided to lift the sanctions for the certification of Nord Stream 2.