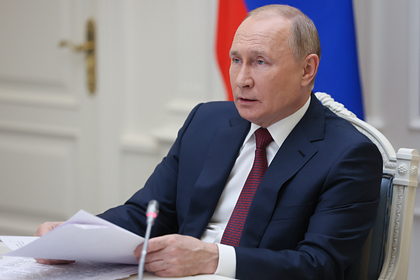 Russian President Vladimir Putin called the humanitarian situation in Afghanistan difficult and called for Afghan government led by the Taliban ( Taliban, a terrorist organization banned in Russia ). This was reported by RIA Novosti.

“He who does not run away, he is hiding” How Afghans get used to a new life after the victory of the Taliban. Report from Afghanistan00:01 – 21 November Why did only the Taliban succeed?

According to the head of state, now is not the time to characterize the radical movement, since it controls the situation in the country. “It is necessary to help the Afghan people, it is necessary at least to unblock the money, the Afghan money that is in accounts with Western banks, primarily in the United States, is to be unblocked and people should be allowed to solve at least elementary things,” Putin said.

< p> The Russian leader proposed to unfreeze Afghan accounts “in a targeted manner to address humanitarian issues.” Putin expressed confidence that the funds will be used to purchase medical equipment, medicines and support for children. “At least for this – after all, you can unblock all this in a targeted way. It will not go to arms, “he concluded.

In mid-August, the International Monetary Fund and other Western organizations suspended programs to support the Afghan economy, which is highly dependent on foreign investment. In particular, the United States has cut off access to $ 7 billion in assets held by the American Federal Reserve System. They explained their decision by the fact that they could not transfer funds until the new government received international recognition. In addition, the Taliban were denied access even to the country's national reserve – the United States froze the assets of the Central Bank of Afghanistan in the accounts of its banks.