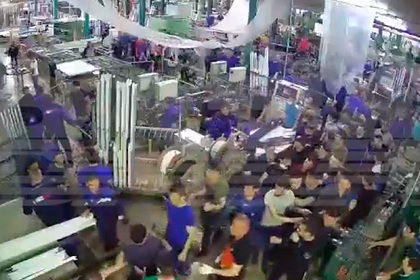 near Moscow Buzhaninovo, where in September migrants raped and killed a pensioner. Telegram-channel Baza reports this.

According to one of the versions, the conflict was caused by the fact that the brigade leaders who belonged to one of the diasporas who worked at the plant transferred most of the gray wages to their fellow countrymen.

< p> The witnesses interviewed by the Ministry of Internal Affairs stated that they did not remember anything about what happened, Baza notes. All that the operatives have so far been able to establish is that the fight took place about a year and a half ago.

In September, a large public gathering took place at the hostel of the Ecookna enterprise in Buzhaninovo after migrants raped and killed a 67-year-old local resident … People complained about constant conflicts with migrant workers at the factory. After the popular gathering, the demands of the residents were partially satisfied, the migrants living in the hostel were relocated to a protected area 10 kilometers from Buzhaninovo.