Singer Pelageya about Alexander Gradsky: mentor not only in the Voice project, but also in life 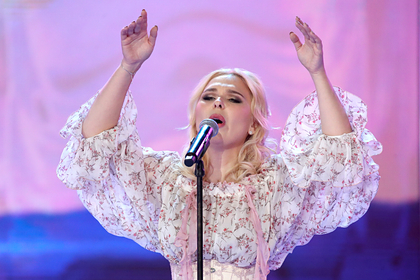 Russian singer Pelageya ) commented on the death of the People's Artist of Russia, musician Alexander Gradsky. She posted a post on her Instagram page.

The singer posted a video consisting of a photo with Gradsky. She also wrote that the musician was a mentor not only in the “Voice” project, but also in life.

“Our dear, most important, most important Mentor. Not in the project, but in life. In what should be the person who has chosen the music and the stage. Decent. Principled. Touching. Uncompromising. Always on the side of Truth and Good “, – said the singer about the musician.

She added that the” amazing, lifting “voice will never subside.

Alexander Gradsky will be buried at Moscow's Vagankovsky cemetery on Wednesday 1 December. The musician passed away at the age of 72 on November 28. He was taken to hospital with suspected stroke. The coronavirus infection suffered by the artist in September led to a deterioration in health.

Alexander Gradsky has released more than 40 albums. He took part in work on several dozen films as a composer and singer, including “One among strangers, a stranger among friends”, “Do not part with your loved ones”, “Prisoner of the If castle”, the cartoons “The Blue Puppy” and “Pass”. In the 2010s, the artist became one of the mentors in the popular television project “The Voice”.