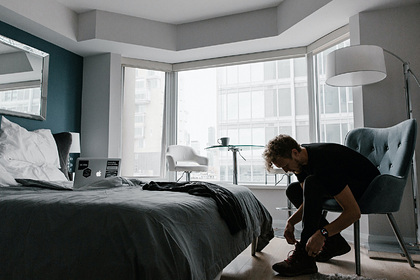 Reddit user @OutrageousIndian shared a story about , how he quarreled with his parents because of his success and his home. According to the man, they stopped communicating with him when they found out that he became rich by choosing a career that the family did not like.

His parents have always believed that there is only one acceptable profession in the world – a doctor. “When I turned 17, I told them that I would not be a doctor. Instead, I decided I wanted to pursue an acting career or promote on social media and supplement income through small businesses, ”said @OutrageousIndian. Hearing about their son's plans, his parents kicked him out of the house, after which they did not communicate for 17 years.

Meanwhile, the narrator's sister became a doctor, and his parents moved to live with his older brother, who was engaged in neurosurgery and earned about $ 750 thousand a year in Sydney. “We re-established contact when the coronavirus broke out. Over the past two years, they have never asked me how my career has developed, and, apparently, assumed that in Sydney I was interrupting from a penny to a penny, “the man writes. He added that he really did not achieve fame as an actor or blogger, but during this time he became a successful investment banker and partner in the bank with which he cooperates.

One evening, the narrator met his parents outside the store and invited them to dinner. When they saw the house, they thought that their son was renting a room here, and asked how much the rent was. “In response, I said that this is my home. At some point, they were speechless, after which they began to accuse me of lying to them for years and meeting with them only to brag about my “probably illegally obtained” wealth, ”the author recalls.

In conclusion, the parents said that they would now live with him, since his brother's house turned out to be worse. “I laughed and reminded them that they had staked their life on my brother and sister, who chose the profession of a doctor, so now they have a better chance of registering with my neighbors than me,” added @OutrageousIndian. After that, according to him, the parents tried to threaten with inheritance, however, when they heard that their son was not interested in this, they stopped communicating with him again.

Earlier, another Reddit user shared a story about how he had a fight with his bride. The guy complained to his beloved about the harassment from the girl, whom she chose for the role of the bridesmaid, but did not meet with his beloved understanding. She refused to change her bridesmaid, which put the wedding on the verge of collapse.