The politician Kostusev, arrested in connection with the military coup in Belarus, was hospitalized 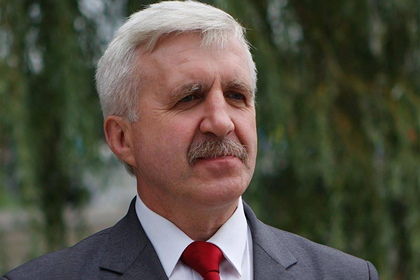 Oppositional Belarusian politician Grigory Kostusev was taken to the hospital. The leader of the Belarusian Popular Front (BPF) party was hospitalized directly from the pre-trial detention center, where he was held because of accusations of organizing a military coup in the country and an attempt on the life of Belarusian President Alexander Lukashenko. This is reported by Sputnik.

“Kostusev is hospitalized, he is being prepared for surgery. The state of health of the politician is still unsatisfactory. He constantly needs medical attention. There are no improvements, “says the oppositionist's lawyer Inessa Olenskaya.

“The West threw the Belarusian opposition” Lukashenko's opponents for the first time could not take people to the streets … Could it be called a victory for the authorities?

The leader of the Belarusian Popular Front was arrested by Belarusian state security officers in April 2021. The 64-year-old politician is considered a member of a criminal group that planned to seize power in Belarus and kill the current president, Alexander Lukashenko. The accused Kostusev pleaded not guilty in the case.

Kustusev, presumably, suffers from cancer. Earlier, Olenskaya reported that her client was not given the opportunity to get acquainted with the biopsy results.

In the summer of 2021, the Belarusian authorities announced that they had irrefutable evidence of the involvement of American state structures in the assassination attempt on Lukashenka. This was announced by the Minister of Defense of Belarus Viktor Khrenin. The minister did not show the evidence itself.