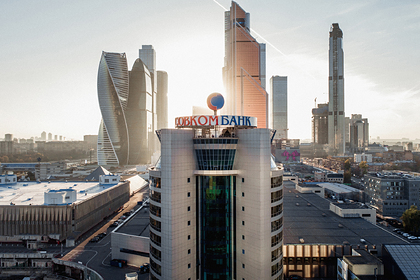 Sovcombank's net profit for 9 months of 2021 amounted to a record 41 billion rubles with a return on equity (ROE) of 32 percent. This follows from the bank's reporting in accordance with International Financial Reporting Standards (IFRS). The bank managed to double its net profit compared to the same period in 2020 thanks to the successful diversification of the business and the effective integration of the acquired assets, Sovcombank emphasized.

The corporate net loan portfolio has grown by 72 percent since the beginning of 2021 to 596 billion rubles (347 billion rubles as of December 31, 2020) due to the growth of lending to the largest corporations.

The share of stage 3 loans amounted to 2.1 percent with provisions covering by 178 percent.

Current accounts and deposits of Sovcombank customers since the beginning of 2021 have shown an increase of 25 percent to 1.249 billion rubles compared to 999 billion rubles by 31 December 2020, which reflects the trust of both large corporate clients and retail clients in the bank.

The number of Sovcombank's retail clients increased to 12 million, showing growth by 43 percent versus 8.3 million as of December 31, 2020.

Sovcombank in April 2021 acquired Bank Vostochny from its key shareholders and completed the consolidation of 100 percent of shares by November 2021. As a result, the loan portfolio (72 billion rubles after reserves as of September 30, 2021) and about 700 thousand card customers of Vostochny Bank were transferred to Sovcombank.

During the year, Sovcombank made several more transactions to purchase financial assets. This was the announcement of the purchase of the National Factoring Corporation (NFC) and the Vostochny Capital management company, which was later renamed into Sovcombank Asset Management.

In April 2021, a subsidiary of the RTS-Tender LLC group closed a deal to acquire 100 percent of the shares of the Economy Development Center JSC, a Russian company that is the operator of the leader in the segment of commercial electronic procurement – the electronic trading platform B2B-Center.

In January, Sovcombank placed the first in the CIS issue of social Eurobonds of a Russian issuer in the amount of $ 300 million, in accordance with the principles of ICMA social Eurobonds. The demand for the bank's bonds at its peak reached $ 900 million.

The bank's retail business continues to demonstrate strong growth in assets and profits in all business lines: the retail net loan portfolio reached 464 billion rubles. The largest growth in assets in retail was shown by the Halva installment card – by 128 percent to 124 billion rubles, both due to organic growth and due to the acquisition of a portfolio of credit cards of Vostochny Bank, as well as the mortgage portfolio, which increased in 9 months of 2021 by 57 percent to 124 billion rubles. The pre-tax profit of the retail business more than doubled (+126 percent) to RUB 27 billion compared to the same period last year.

“This year we were able to show very high growth rates of assets and profits, both in retail and in corporate business, due to the effectiveness of teams and the availability of the widest range of banking products. We also highly appreciate the results of the merger of Vostochny Bank, thanks to which more than 90 percent of its clients switched to Sovcombank and began to use all the opportunities and bonuses of the Halva installment card, “said Sergei Khotimskiy, First Deputy Chairman of the Board of Sovcombank.

For 10 months of 2021, Sovcombank's corporate and investment business has become the leader in organizing bond issues for companies in the real sector of the Russian economy. Sovcombank also won first place in the Loans Cbonds Awards-2021 nomination for the Best Russian Bank in the CIS Syndication Market for the second year in a row. Sovcombank remains one of the most active participants in the syndicated lending market in Russia and the CIS countries.

In November 2021, Sovcombank placed perpetual subordinated Eurobonds in the amount of $ 300 million with a coupon of 7.6 percent per annum.