The Guardian: Scientists to Create a Global Map of Underground Mushrooms 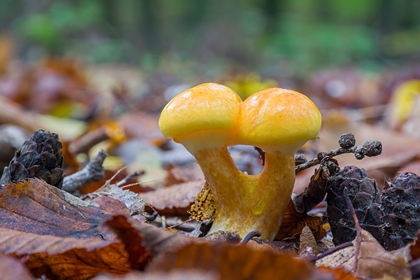 The Society for the Protection of Underground Networks (SPUN) has started a project to collect samples of underground mushrooms from different parts of the world. Scientists will create a global map of mushroom networks, which will allow monitoring the state of underground and terrestrial ecosystems and taking timely measures to preserve them, reports The Guardian.

Researchers using artificial intelligence have identified 10 regions of the accumulation of mushroom networks, in which it is planned to collect 10 thousand samples for further study. The first collection of samples will begin in 2022 in Patagonia, a region of South America, and will last a year and a half. SPUN will also study the underground ecosystems of Morocco, Western Sahara, the Canadian tundra, the Russian taiga, the Kazakh steppes, the Mexican highlands, the highlands of South America, the Israeli Negev desert, meadows and plains of Tibet. The project will mark the first major attempt to map several trillion kilometers of the world's under-explored underground ecosystem to track its well-being.

Underground, so-called mycorrhizal fungi are associated with plant roots. They supply trees with nutrients and help maintain biodiversity and soil fertility. In addition, mushroom nets absorb carbon dioxide from the air and act as natural carbon stores, mitigating the effects of climate change. There is also evidence that fungal ecosystems protect crops from drought, soil erosion, pests and pathogens, and contribute to increasing their productivity. SPUN environmentalist Jane Goodall has called understanding how underground mushroom networks work to protect the soil on which life on Earth depends, highlighting the importance of mushrooms as a means to save the planet. Study sponsor Jeremy Grantham also called fungal nets “a vital resource.”

At the same time, mushroom nets, which stretch for miles, are often overlooked in plowing agricultural land and are also threatened by urbanization. soil pollution, water scarcity and climate change. Soil scientists hope that a map showing the accumulation and state of mycorrhizal fungi will help create “conservation corridors” for the preservation of underground ecosystems.

The Society for the Protection of Underground Networks includes scientists from the Netherlands, Canada, USA, France, Germany and the University of Manchester In Great Britain. The main sponsor of the project is billionaire investor Jeremy Grantham, who donated $ 3.5 million to SPUN research.