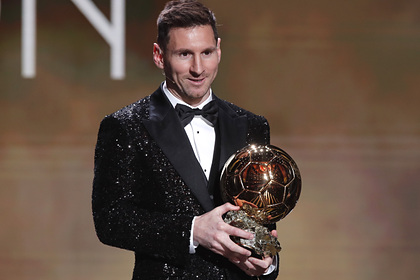 According to the player who received the record seventh Ballon d'Or, he is not thinking about a new award. “A new stage has begun for me, I have changed the club. Now I live in a new city, and this gives me the strength to fight for new goals, ”reasoned Messi. The forward added that PSG brings together the best players in the world.

Earlier it was reported that Messi called the Pole Robert Lewandowski worthy of the Golden Ball in 2020. According to the Argentine, the Bayern striker would have won the last vote. It was canceled due to the coronavirus pandemic.

In 2021, Messi, along with the Argentine national team, won the America's Cup. He spends the current season with PSG. For most of his career, the forward played for Barcelona. Together with the Catalans, he won the Champions League four times and became the champion of Spain ten times. Last season, he played 50 matches and scored 41 goals.