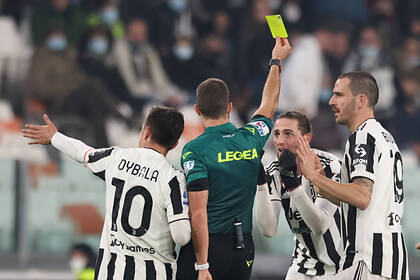 Turin Juventus may be transferred to Serie B and stripped of titles due to an investigation related to the actions of the club's management. This is reported by TuttoMercatoWeb with reference to the head of the Italian Consumer Protection Association (CODACONS) Marco Donzelli.

“If Juventus illegally gained an advantage over other teams, then the management of market competition must intervene and impose individual sanctions.” – said Donzelli. In his opinion, the Turin club will not be exempted from punishment, one of which may be expulsion from Serie A.

Earlier, Juventus President Andrea Agnelli, Vice President Pavel Nedved and former sports director Fabio Paratichi fell under investigation on suspicion of fraud. Experts could have falsified the club's financial data in the amount of 50 million euros. The Turin police searched Juventus' headquarters in the Continassa area to retrieve the documents necessary for the investigation.

After 14 matches, Juventus has 21 points and is seventh in the Serie A standings.