SBU spokesman Vityuk: it's too early to talk about suspects in the coup case 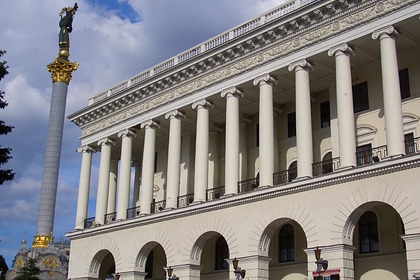 Head of the Cybersecurity Department of the Security Service of Ukraine (SBU) Ilya Vityuk said on the progress of the investigation of the criminal case on the preparation of a coup d'etat in the country, which was allegedly prepared by individual citizens of Russia and Ukraine. This is reported by RIA Novosti.

As Vityuk said on the air of the ICTV channel, today it is too early to talk about any specific suspects or arrests within the framework of the investigation. He stressed that he could not give full information about how or from whom information about the impending coup was obtained, since it was limited by the secret of the investigation. “In the near future, society will be properly informed,” Vityuk promised.

Earlier, President of Ukraine Volodymyr Zelenskyy said that he had received information about the planned coup d'état in the country on December 1. According to the head of state, he was informed that businessman Rinat Akhmetov was involved in the upcoming coup, and billions of dollars were allocated for this. At the same time, the Ukrainian leader noted that he himself did not believe in a coup d'etat and that an entrepreneur was involved in this. In his opinion, Akhmetov's entourage is trying to drag the businessman into a war with the Ukrainian leader and the state.