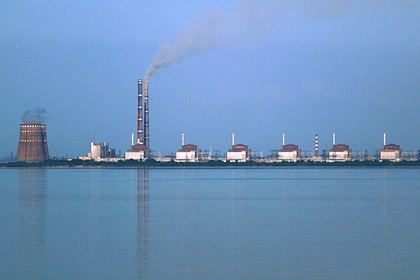 The power unit of the Zaporizhzhya nuclear power plant (ZNPP) was automatically shut down in Ukraine. Ukrainian engineers tried to start the second power unit after scheduled repairs, but the protection system broke the connection to the power system two hours after connecting to the grid. The incident is reported by the station's press service.

Materials on the topic 00:01 – September 21 Corruption, nepotism and poverty. How” Eastern Switzerland “gripped the worst crisis in 170 years00: 01 – 7 July .jpg “/>” Let the competitors lie in the ground “Repressions against the opposition and the fight against Russia. What is Zelensky ready to hold on to power?

Experts are establishing the reasons why the power unit stopped working. The planned repairs of this element of the plant began in September 2021, the remaining five units continue to operate properly.

ZNPP is the largest nuclear power plant in Europe. Its construction began in 1979, and the last, sixth power unit was launched already in 1996. All blocks of the station were manufactured by Izhorskiye Zavody in Russia.

Earlier it was reported about an explosion at a Ukrainian thermal power plant in Ivano-Frankivsk region. Due to the accident on the evening of November 28, Burshtynskaya TPP was forced to turn off part of the generating capacity.