Former leader of Moldova Dodon: the defrost of the conflict in Transnistria is directed against Russia 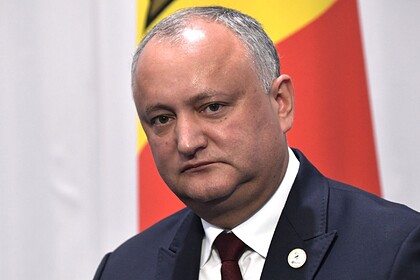 West over Transnistria threatened the stability of Russia. He said on the air of the First in Moldova TV channel that defrosting the conflict could destabilize the situation in the post-Soviet space, RIA Novosti reports.

“The defrosting of conflicts in the post-Soviet space is directed against Russia, the West needs to create a belt of instability around Russia. The question is whether small countries will have enough brains not to become cannon fodder, not to participate in these conflicts, “the former president emphasized.

According to Dodon, a cold geopolitical war is currently continuing with the help of sanctions and declarations, while there are fears that the West will switch to destabilizing the situation in Transnistria. He expressed the hope that the authorities will go to strengthen relations with Russia.

Earlier, former US presidential adviser on national security John Bolton said that Russian President Vladimir Putin is pursuing a macro-strategic policy in the post-Soviet space, the ultimate goal of which is not yet clear .
The United States needs to respond to this policy globally by starting to defrost the lingering conflicts in this territory. The ex-adviser added that one of the policy priorities should be “the destruction of Transnistria, an artificial entity completely dependent on Russia.”