Minister of Defense of Ukraine Reznikov: Russia is trying to strengthen its position in negotiations with Washington 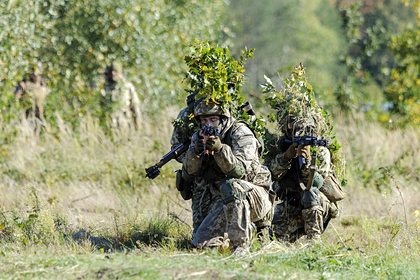 border. He spoke about this during an online meeting of representatives of the government of the republic with international investment companies and funds, the press service of the Ukrainian Ministry of Economy reports.

Materials on the topic00: 01 – November 2 ” We cannot live in enmity “Why does Zelensky want to meet with Putin and what is he ready to do in order to maintain power? 17:26 – 23 November DPR and Ukraine declare mutual shelling and are preparing for war. Why are Russia accused of aggravating the situation in Donbass?

Reznikov explained the current situation on the border between Russia and Ukraine by the upcoming meeting of the Russian President Vladimir Putin with his American counterpart Joe Biden. According to the minister, creating tension on the border, Moscow is trying to “strengthen its negotiating position” in the dialogue with Washington.

He also noted that this spring the situation in the border region was even more tense. The representative of Kiev stressed that then the Russian side was creating a real infrastructure for the invasion, but there was less concern among investors about this than today.

Earlier, Joe Biden promised to hold joint talks with Vladimir Putin and Ukrainian President Vladimir Zelensky. Prior to this, the press secretary of the Russian President Dmitry Peskov reported that online negotiations between the Russian and American leaders could take place before the end of the year.