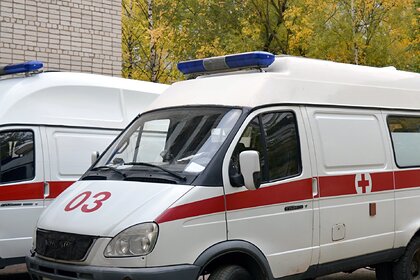 Horoshev called ruptured aneurysm a disease that “almost always” leads to death. According to him, the aneurysm begins to form imperceptibly, however, greater stratification over time causes a pronounced nature of the pain. It may take a little time from the start of this process to the break – one or two months. This applies to patients with hypertensive crises and blood pressure rising to 280.

“Another hypertensive crisis or a person has suffered stress, cortisol has developed, at which point an abdominal aortic aneurysm may rupture. And this is almost instant death, “the specialist emphasized.

The surgeon emphasized that diagnosing an aneurysm at the initial stage of its formation or at the moment of stratification means” saving the life “of the patient. In his opinion, it is important to “sparingly” deliver the person to the hospital and perform prosthetics, after which he will return to his usual life.

Head of the Department of X-ray endovascular diagnostic and treatment methods of the Federal State Budgetary Institution SSC FMBC them. A.I. Burnazyan FMBA, endovascular neurosurgeon Moisey Aronov added that aneurysm of the cerebral arteries is a “disease of the young”. Hemorrhages occur in about 150 cases per million people a year, he stressed.

“This condition is congenital. This is a congenital dysplasia of the arteries of the brain. A cerebral aneurysm is more common in women. As a rule, over 35 years old, “- explained Aronov.

Earlier, cardiologist Tatyana Shalygina called pathologies that threaten sudden death. The doctor referred to them as dissection of the aneurysm, central sleep apnea and avulsion of a blood clot.