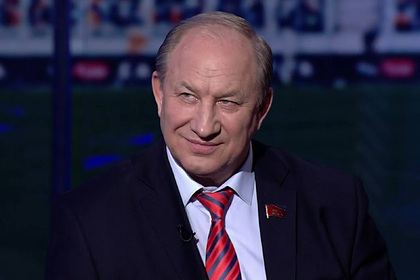 on an elk, filed a lawsuit in the Tverskoy Court of Moscow against the Duma and the head of the Duma ethics commission Otari Arshbe. This was announced by the secretary of the Central Committee of the Communist Party of the Russian Federation Sergei Obukhov, writes “Interfax.” Obukhov noted that in a corresponding statement, the politician asked that his representatives, professional lawyers, be allowed to the meeting of the ethics commission.

At the same time, he added that representatives of state prosecution.

Earlier it became known that Rashkin was hospitalized after the decision of the State Duma to deprive him of his parliamentary immunity. The policy is not currently reported on the health status.