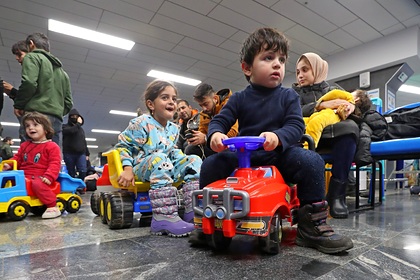 The apologies of Belarusians were shown on the country's television. Belarusian citizens were forced to apologize for “offensive comments” about refugees and for an alternative opinion about the entire migration crisis. The incident took place in the Gomel region. The plot was shown on the Belarus 4 channel.

“While the West continues to persecute refugees on the border with Poland, virtual experts are waging their information war. You read the comments and it becomes disgusting. Are some of our compatriots so bitter that they are ready to call for mass humiliation of people with different skin colors? ” – said TV presenter Marina Severyanova in the Belarusian language.

Europe, than they will return home “How migrants on the border with Poland changed life in Belarus00:01 – 15 November countries of the former USSR get rid of the monuments to Lenin and the Soviet legacy

Further on TV is shown a cut of short videos, where several men express regret for the words they wrote, sometimes adding that they respect the rights of refugees. All men speak Russian. It is reported that earlier these footage was posted on the unofficial channel of the Gomel security forces and was accompanied by offensive comments.

However, the content of the comments shown on the air does not always coincide with accusations of calls for the mass destruction of people of a different race. “All this is a well-directed, prepared and staged circus by our side. A sort of political revenge on Poland and Lithuania. It remains to be seen how this will backfire on us! ” – wrote one of the commentators, adding that he does not want to work for migrants and fears violence from their side.

Earlier in Kazakhstan, one of the residents of the countryside had to apologize to the local akim for a video with uncleared snowdrifts. The administration of the akim later found out about the apology, and he himself had to repent of his deed.